For patients with cancer that has metastasized to the brain, the standard treatment for years has been to resect, or surgically remove, the lesion and follow that with radiation therapy (RT) to the whole brain, which prevents relapse by destroying any remaining cancer cells. Even so, doctors say, the prognosis for patients with metastatic brain cancer is typically poor and survival beyond 12 months is uncommon.

More recently, studies have demonstrated that focused radiation therapy (as opposed to radiation therapy to the whole brain) yields similar survival and less neuro-cognitive changes. Even this approach has several drawbacks, including tumor control and potential radiation damage to the brain. That may soon change, thanks to findings reported in a prestigious medical journal by a team of researchers at Miami Cancer Institute.

According to Rupesh Kotecha, M.D., a radiation oncologist at Miami Cancer Institute, part of Baptist Health, the cancer center has employed a treatment protocol since its founding five years ago that has proven surprisingly effective for metastatic brain cancer patients. “This study quantifies the benefits of our treatment approach and documents exactly how much RT can safely and effectively be delivered prior to resection for optimal results,” says Dr. Kotecha, the study’s principal investigator.

The study, published recently in the peer-reviewed medical journal Scientific Reports, shows that patients who were treated with a novel approach that first delivers high-dose focused RT only to the tumor – at least one day prior to surgery – followed by resection, yielded very high disease control rates. According to Dr. Kotecha, the innovative approach makes it easier for radiation oncologists to target and treat brain metastases, and, more importantly, results in less toxicity to the patient.

In another, earlier study of metastatic brain cancer patients who received a single dose of focused RT after surgery, the control rate at one year for tumors 2.5 to 3.5 cm in size was 33 percent, according to Dr. Kotecha. “That means that roughly a third of the patients survived at least 12 months following treatment without suffering a tumor recurrence in the surgical site,” he says.

A dramatic difference in control rates 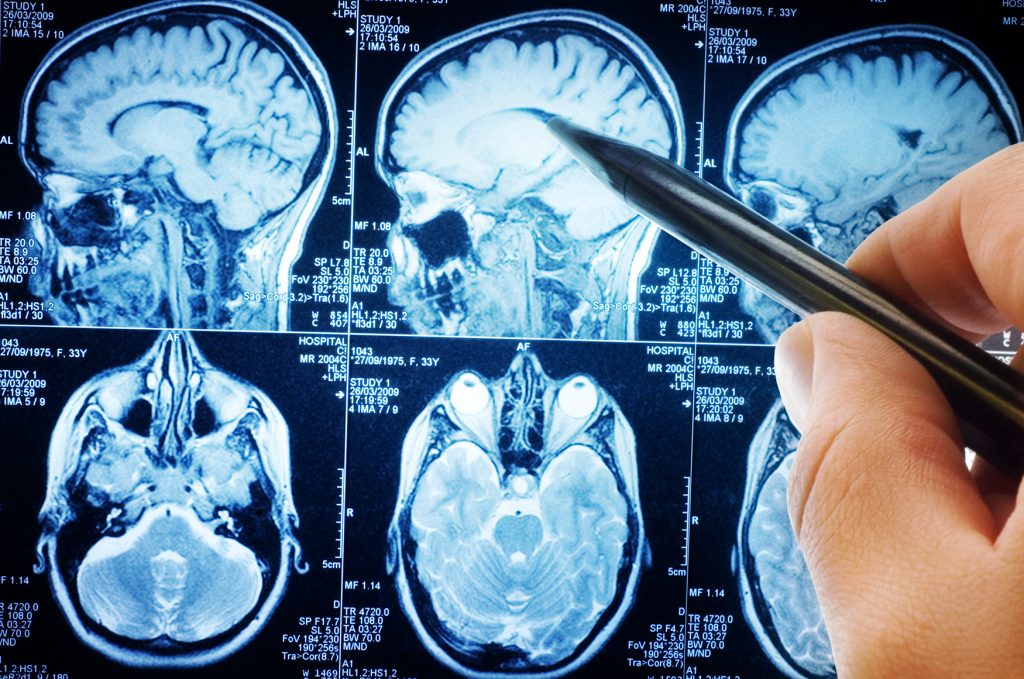 For the new study, Dr. Kotecha and his team analyzed brain metastases samples collected over the past five years. Getting the samples was easy, he says: tissue samples collected during surgeries at Miami Cancer Institute are stored in the cancer center’s own onsite biorepository and are available to researchers for further analysis, if needed.

Dr. Kotecha and his fellow researchers spent more than a year analyzing samples from 22 patients whose tumor samples matched the required criteria and who had consented to be included in the study. Even though researchers fully expected that the study’s findings would be noteworthy – “we’ve seen these outcomes ourselves right here in the clinic,” Dr. Kotecha says – the team was surprised at the dramatic difference they saw in control rates for those patients.

“The numbers were very, very encouraging,” Dr. Kotecha continues. “The control rate at one year was 95 percent – that’s the highest we’ve ever seen for this type of cancer. We also were able to learn about the effects of high-dose radiation in tumors with detailed analysis of the surgical specimens, enhancing our knowledge.”

To achieve such successful patient outcomes requires exceptionally close coordination between the radiation oncology and neurosurgery teams, Dr. Kotecha acknowledges, but he says multidisciplinary care is at the core of Miami Cancer Institute’s mission. “The compassionate, multidisciplinary cancer care provided here at Miami Cancer Institute is one of the reasons why we’re able to see outcomes like these.”

As other centers around the country recognize the benefits, they, too, are developing multidisciplinary cancer care programs of their own, Dr. Kotecha adds. “For metastatic brain cancer patients, being able to go to a leading cancer center where you can get both radiosurgery and surgery performed by leading experts in the field is a huge advantage,” he says.

Harnessing the power of the Gamma Knife 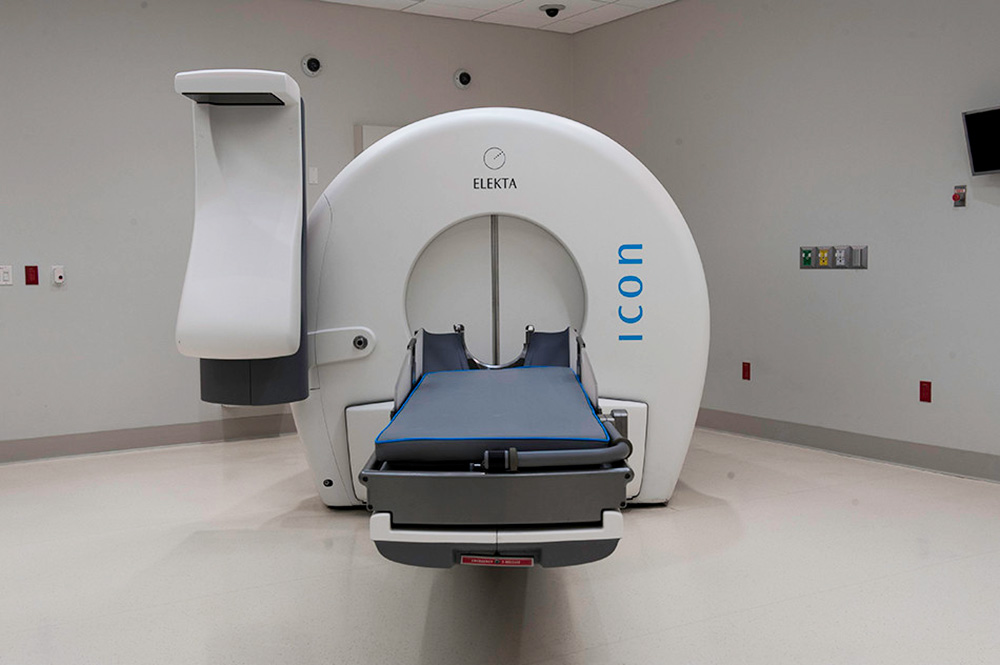 Among the technologies used to treat metastatic brain cancer at Miami Cancer Institute is the Gamma Knife, a powerful form of stereotactic radiosurgery that allows the radiation oncologist to harness multiple beams of cobalt radiation and deliver an intense, precisely targeted dose of radiation to tumor cells inside the brain while sparing healthy surrounding tissues including the brain itself, arteries, nerves and other important structures. This outpatient treatment is typically delivered over a course of one to five treatments.

According to Dr. Kotecha, Miami Cancer Institute has the state’s latest and most advanced software and hardware of the Gamma Knife. “We also have other technologies, such as the Cyber Knife, which is also used for these radiosurgeries.”

Minesha Mehta, M.D., deputy director and chief of radiation oncology at Miami Cancer Institute and one of the study’s authors

Dr. Kotecha says the new study is further validation of the work begun in 1991 by his colleague and mentor, Minesh Mehta, M.D., deputy director and chief of radiation oncology at Miami Cancer Institute. Dr. Mehta was also one of the authors of this study alongside Manmeet Ahluwalia, M.D., deputy director, chief scientific officer and chief of solid tumor medical oncology at the Institute.

Dr. Kotecha also worked closely with Vitaly Siomin, M.D., director of cerebral vascular surgery and co-director of skull base surgery at Baptist Health’s Miami Neuroscience Institute, as well as with neurosurgeon Michael W. McDermott, M.D., chief medical executive for Miami Neuroscience Institute, who performs these extremely delicate surgeries and who was instrumental in lining up leveraging our donor funding required for the study.

Dr. Kotecha says he’s pleased that his team’s findings will be shared widely and help lead to even better outcomes for metastatic brain cancer patients. “There are so many variables that factor into how this cancer is treated,” Dr. Kotecha says. “Studies such as this help us better understand brain metastases and the effects of radiosurgery on these tumors, and enable us to continue refining and improving our treatments.”

Leaders at Baptist Health say the study places Miami Cancer Institute and its physicians at the forefront of defining cancer care.

“These excellent clinical outcomes from our Gamma Knife program, led by Dr. Kotecha, demonstrate the exciting scientific research being done in our department of radiation oncology led by Dr. Mehta and leveraging our biorepository program, overseen by Dr. Ahluwalia,” says Michael Zinner, M.D., CEO and executive medical director for Miami Cancer Institute. Dr. Zinner adds that the study’s findings validate the treatment approach employed at Miami Cancer Institute and “bring hope to thousands of metastatic brain cancer patients in South Florida and around the globe.”