The first thing Donna Beverly will tell you is that she’s not a cancer patient, she’s a cancer survivor. And, after all that she’s been through over the past five years, there couldn’t be a more apt description for the 57-year-old resident of Palm Beach Gardens, who has battled lung cancer twice and numerous other cancers in her lymph system and bones. Today, thanks to a team of experts at Miami Cancer Institute – not to mention her own determination to fight her disease – Ms. Beverly is enjoying a new lease on life.

Ms. Beverly’s journey began in 2015 when, during a routine chest x-ray, her cardiologist noticed a spot on her lung and referred her to an oncologist at a medical center in Palm Beach County. There, a staging work up confirmed that she had stage 3 cancer on her right lung. 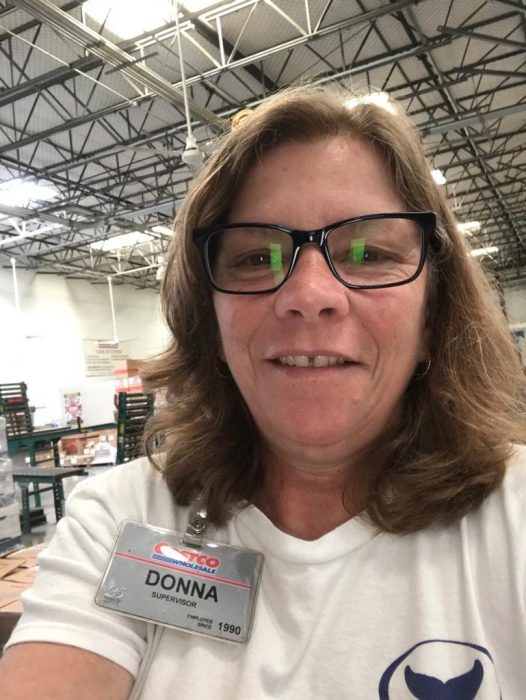 Eighty percent of lung cancer patients with stage 3 disease don’t survive more than two to three years, according to specialists. “When they first diagnosed me with lung cancer, the first thing I thought was that I was going to die immediately. I didn’t know how much time I had,” says Ms. Beverly, who, when she’s not working her full-time job at Costco’s South Florida distribution hub in West Palm Beach, spends her free time watching her five-year-old great niece, Mia, whom she adores.

Ms. Beverly underwent a lobectomy at another institution to remove the upper lobe of the lung where the tumor was located. Despite her initial fears, now that the tumor was gone she had no reason not to feel optimistic about her prospects.

The next year, however, Ms. Beverly started developing bone lesions from the original lung cancer which, even after her lobectomy, had somehow metastasized throughout her lymph nodes and was now attacking bones in her arms, legs and other areas. Doctors used computer-guided or stereotactic radiation, commonly known as a Cyber Knife, to remove these lesions. This, coupled with a rigorous regimen of chemotherapy and immunotherapy, helped keep her cancer-free with no sign of recurrence for the next two years.

Then, in 2018, Ms. Beverly had a recurrence of the cancer only in her right lung. “I had already exhausted all avenues for radiation at that point, with all of the radiation I had received for the bone lesions,” Ms. Beverly says. She was out of options, it seemed. But her radiologist referred her to Miami Cancer Institute, which offers proton therapy and virtually every other type of cancer treatment, all under one roof. 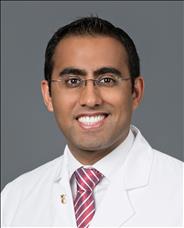 Rupesh Kotecha, M.D., a radiation oncologist and chief of radiosurgery at Miami Cancer Institute, reviewed Ms. Beverly’s case and determined that given the amount of prior radiation she had already received elsewhere,  the risks of re-irradiation were too high and other strategies needed to be explored with the entire lung cancer team. He presented her case to the Miami Cancer Institute Tumor Board, a multidisciplinary team of oncologists, radiologist, surgeons and other cancer specialists that meet regularly to review cases and explore other possible treatment options.

The Tumor Board felt Ms. Beverly would be a potential candidate for robotic-assisted surgery, as long as she was proven to have no disease elsewhere, which was later confirmed on further staging work up. Robotic lung surgery is a highly complex procedure that would be performed by the cancer center’s chief of general thoracic surgery, Mark Dylewski, M.D.

“She was at the tail end of exhausting all her options for further treatment, until she came to see us,” recalls Dr. Dylewski. “The advantage of the Tumor Board is really putting more eyes on the disease process. You’re likely to come out with a treatment algorithm that’s the most appropriate and that’s going to benefit the patient the most.” 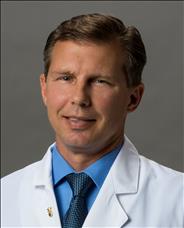 Dr. Dyleswki, who also serves as medical director for robotic thoracic surgery at Baptist Health, has performed more than 5,000 complex, robotic-assisted surgeries, and he felt Ms. Beverly’s case, although challenging, was potentially resectable and could finally get control of her disease.

Ms. Beverly was thrilled to get a call from Miami Cancer Institute informing her that she was a candidate for surgery. “That was like going from one closed door to another open door,” she recalls. “They never gave up on me. They gave me a second chance by going over my case again.”

The surgery took place a little over six weeks ago. Making it even more challenging for Dr. Dylewski was the fact that Ms. Beverly’s lung cancer tumor invaded vessels coming from the heart. This necessitated a complete removal of her lung and a portion of the sack around the heart.

After a five-year journey, finally cancer-free

In the end, the surgery was successful and today her oncology team believes that Ms. Beverly is cancer-free. “I feel fantastic, I’m out and about, plugging away, getting my strength back and having fun with Mia,” she says. “I’m realistic and don’t take anything for granted but I’ve been given a second chance in life, and I’m so thankful to Dr. Dylewski for that.” 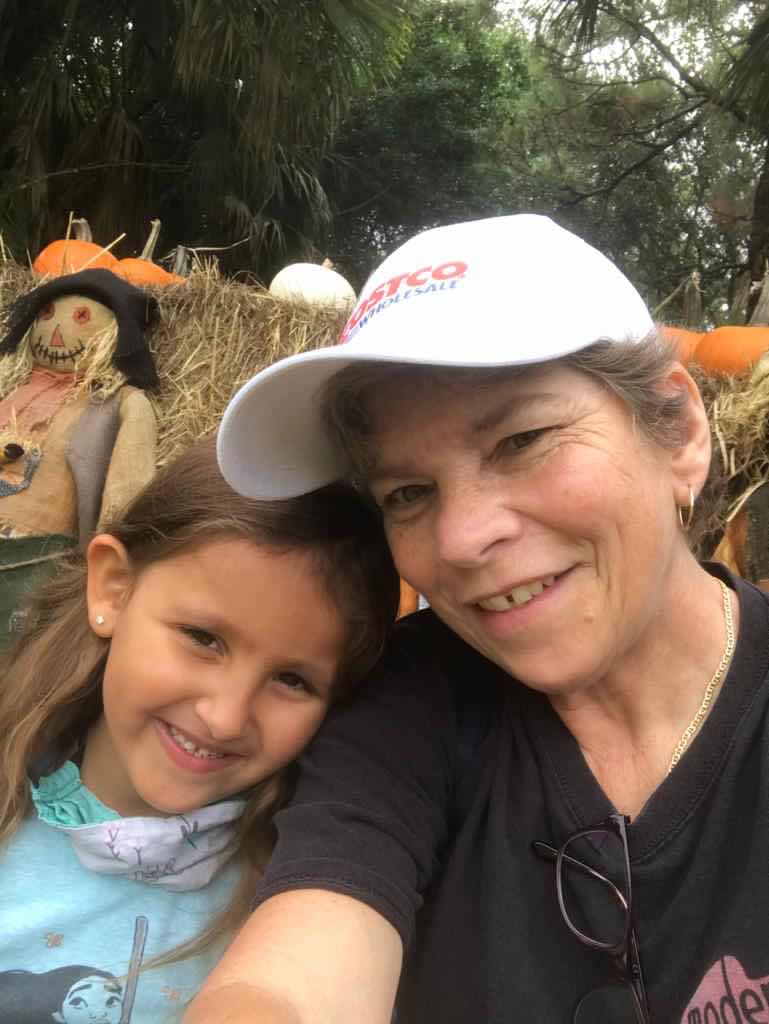 Ms. Beverly recalls being so impressed with the care she received at Miami Cancer Institute. “I had the option of going to another cancer center in the northeast but I chose Miami Cancer Institute because of the doctors and the confidence they had and the compassion they had,” she says. “Everyone there was so nice and supportive. Dr. Dylewski was so confident and calm, and he gave me a sense of hope. It was amazing, the skill and knowledge he had.”

For his part, Dr. Dylewski credits Ms. Beverly for being such a well-informed patient and advocating so effectively for her health. “She had done her research and spoken to the right specialists,” Dr. Dylewski recalls. “She was very well educated about her disease.”

He was also impressed by Ms. Beverly’s ability to maintain a positive attitude throughout her five-year ordeal. “I’ve been doing this for 25 years and I’m always amazed at the differences I see in how patients approach the treatment of their disease,” Dr. Dylewski says. “People who have a positive mental attitude may boost their immune system, and it probably had a significant impact on her overall care.”

Dr. Dylewski also emphasized the importance on getting a second opinion, especially with complex cancer cases. “When you are faced with such  a complex cancer, it is important not to settle with one opinion, but seek out multiple expert opinions so that you are sure that all that can be done is being done for your care.”

Her advice to others who find themselves fighting cancer? 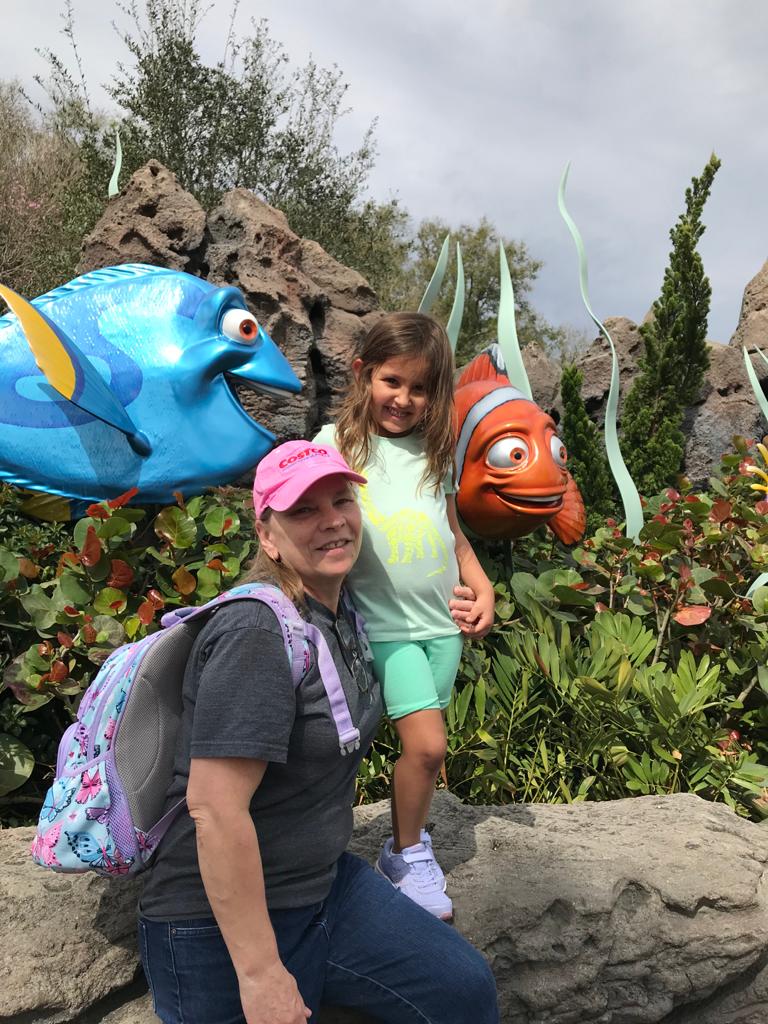 “Stay strong, stay focused, stay positive,” Ms. Beverly says. “Do a lot of research, ask a lot of questions, and if you don’t understand something, ask more questions.” Advocating for yourself is also especially important, she adds. “Challenge your care team to go further, do better, and offer you more options. Don’t blindly follow their recommendations without doing the research and being absolutely sure that it’s the right thing for you.”