Experts Clarify the Growing Links Between Cardiovascular Disease and Dementia

Research continues to indicate that problems with the vascular system — the heart and blood vessels that supply blood to the brain — can contribute to the development of dementia.

To some degree, people with dementia experience cognitive decline such as problems thinking, remembering, and communicating. Dementia can be caused by a number of disorders, such as Alzheimer’s disease, strokes, brain tumors, and late-stage Parkinson’s disease.

Most forms of dementia slowly worsen. Risk factors include aging and a family history of dementia. But they also include common cardiovascular disease risk factors: Diabetes, high blood pressure (hypertension), and smoking cigarettes. 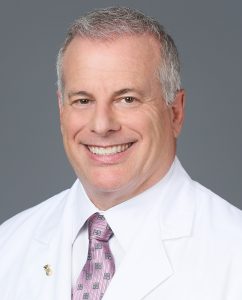 “For many years, we have seen an association between heart disease and later-in-life cognitive decline. Vascular dementia has been well-accepted as caused by the same components of heart disease,” explains Jonathan Fialkow, M.D., chief population health officer for Baptist Health and chief of cardiology at Miami Cardiac & Vascular Institute. “Science seems to be moving towards an association of the drivers of vascular inflammation that leads to coronary artery disease and other chronic diseases and Alzheimer’s, seemingly through insulin resistance.”

“We have known for a long time that hypertension, smoking, and diabetes are major risk factors,” said Dr. Fialkow. “The newer thinking is the metabolic disturbances of insulin resistance, often including obesity (more when the weight is carried in the belly), elevated blood sugar (even below the diabetes range), elevated triglycerides, sleep apnea, and fatty liver disease, as components.”

Dr. Raphael Wald, a neuropsychologist with Marcus Neuroscience Institute at Boca Raton Regional Hospital, said it is important to distinguish dementia from mild cognitive issues as a person ages.

“Mild cognitive impairment is a term that indicates a person is demonstrating problems with their thinking skills that are beyond normal aging but are not severe enough to warrant a diagnosis of dementia,” explains Dr. Wald. “Many patients with Alzheimer’s disease, or other forms of dementia, and mild cognitive impairment have co-morbid (co-occurring) heart disease or high blood pressure.”

Are there any links between early heart disease and the later development of dementia?

“This is a growing area of medical data,” explains Dr. Fialkow. “The conditions and components of one’s lifestyle that increase cardiac risk also increase dementia. Because dementia may occur a bit later, and because heart disease may develop without one’s awareness, they were not looked at as being related until we had many years to study patients and review the associated elements. Additionally, we are discovering various genetic-related tests/components that increase the risk of heart disease and Alzheimer’s, further suggesting a similar underlying cause.”

Dr. Wald adds that, inevitably, there is a vital link between heart health and the brain.

“The greatest risk factor for Alzheimer’s disease and many other causes of dementia is increasing age,” said Dr. Wald. “The next greatest risk factor for the two most common causes of dementia, Alzheimer’s disease and vascular dementia, are vascular risk factors. Essentially, if you’re hurting the heart you’re hurting the brain. The brain requires oxygen in order to stay alive and healthy. The heart is the pump that gets it there. If the heart doesn’t work, the brain cannot receive the oxygen it needs.”

Can a healthy lifestyle encompassing at least proper nutrition, weight management and regular exercise help reduce the risk of both heart disease and dementia? Absolutely, say Drs. Fialkow and Wald.

Dr. Fialkow: “As we are noting that the same drivers of heart disease are those of dementia, the lifestyles that promote a healthy heart should also decrease dementia risk. A proper diet -- with an emphasis to avoid refined, processed, and ultra-processed foods, regular exercise, healthy sleep, and stress management -- should make big differences in how we avoid chronic disease and dementia.”

Dr. Wald: “A healthy lifestyle, diet, exercise, and management of vascular risks through compliance with medical treatment are by far the best ways we have to reduce the risk of heart disease and dementia.”