Most people are familiar with the complexity and critical nature of “open-heart surgery” — whether it’s a triple, double, or a quadruple bypass. Of the estimated 350,000 coronary bypass surgeries performed nationally every year, most are still done as they were, more or less, since the 1970s. 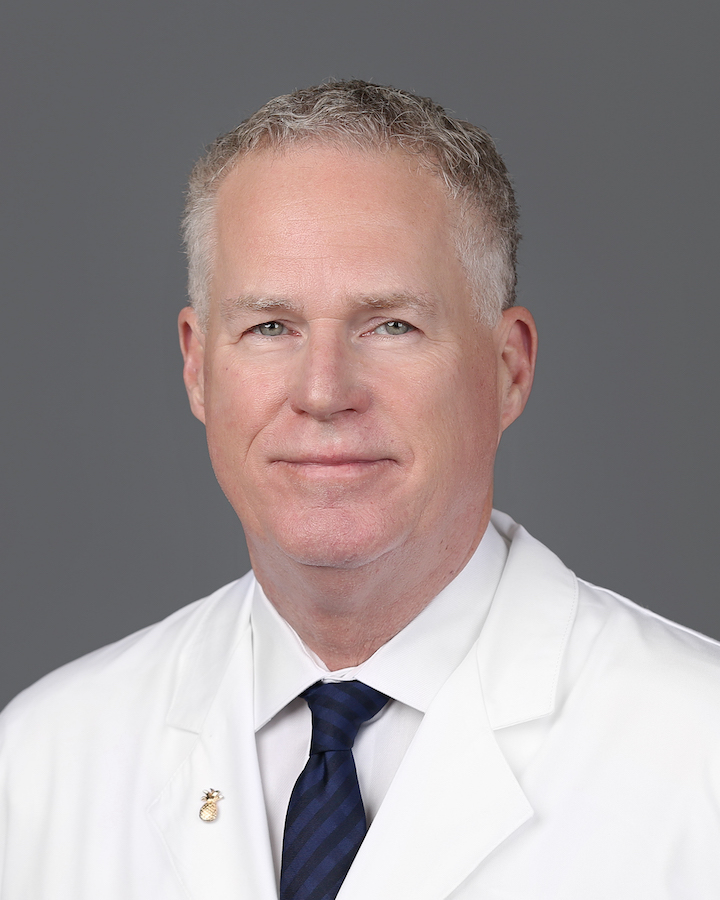 “Typically, they’re done through what I call the zipper, an incision right down the middle of the chest, about 11 to 12 inches long, that divides the main bone on the sternum,” explains Joseph McGinn Jr., M.D., the chief of cardiac surgery at Miami Cardiac & Vascular Institute, who recently hosted a webinar appropriately titled, Cardiac Surgery Reinvented. “This (open heart) procedure has been around since the 1970s. So. I developed this procedure, what I call MICS CABG.”

Thanks to Dr. McGinn, that generations-old approach to treat the severe narrowing of the arteries that supply oxygen and nutrients to the heart will eventually be replaced – for most heart patients – by “minimally invasive cardiac surgery coronary artery bypass graft” – or MICS CABG. Dr. McGinn pioneered the procedure, and has advanced its benefits and applications since becoming chief of cardiac surgery at the Institute two years ago. The surgery involves an incision, about 2 to 3 inches long, made in the chest between two ribs, avoiding muscle and the need to break any bones.

The traditional “open heart surgery” can be grueling for patients, who often endure considerable pain and a recovery time of three months or longer. Most traditional bypass surgeries put patients on a heart-lung machine so the heart can be stopped during the procedure. Dr. McGinn avoids this step. Instead, he uses specially engineered instruments so he can operate on the beating heart.

The McGinn Technique at Miami Cardiac & Vascular Institute has altered bypass surgery so much that Dr. McGinn and his team often draw national and international attention from surgeons seeking to learn more.

“We’ve gotten so much press about this, that we’ve had surgeons from all over the globe coming to watch how to do the case and learn the technique. And it’s gotten to a point where it’s being done just about everywhere in the globe. I’ve been all over the globe teaching and mentoring and helping surgeons learn how to do this procedure. And we’ve gotten to a point where we can just about do any patient this way.”

The minimally invasive approach continues to be refined, and available to most patients, with some limited exceptions, explains Dr. McGinn. There’s a chance that patients who are obese may not be good candidates for MICS CABG. Patients with peripheral vascular disease or advanced diffuse coronary disease may also not be suitable.

Dr. McGinn emphasizes that the No. 1 concern of bypass surgery patients is pain.

“You would think that a life-threatening surgery, the biggest concern would be: Am I going to die? Or: Am I going to make it through the surgery? It turns out that it wasn’t. No. 1 was: ‘How much pain am I going to have?’ And then the question was, ‘What’s my quality of life after I have this life-threatening surgery?’ Quality of life has trumped death as far as most patients are concerned in our current society … I get a lot of people who seek me out because our procedure can literally get them back to normal activity about a week after discharge.”