Beating the Odds: Pancreatic Cancer Survivor is Living Life to the Fullest

At the start of 2019, Bob Dickinson got a diagnosis no one wants - pancreatic cancer. Until very recently, pancreatic cancer cases rarely have had a happy ending, with a traditionally quoted survival rate of just 10 percent. But Mr. Dickinson says he was determined to “make lemonade out of lemons” and was prepared to travel anywhere in the country for the best care.

Fortunately, he never had to pack his bags. Mr. Dickinson, 79, the retired president and CEO of Carnival Cruise Lines, received an unexpected call from his primary care physician informing him that one of the world’s foremost experts - Horacio Asbun, M.D. - had recently joined Miami Cancer Institute as chief of Hepatobiliary and Pancreatic Surgery. 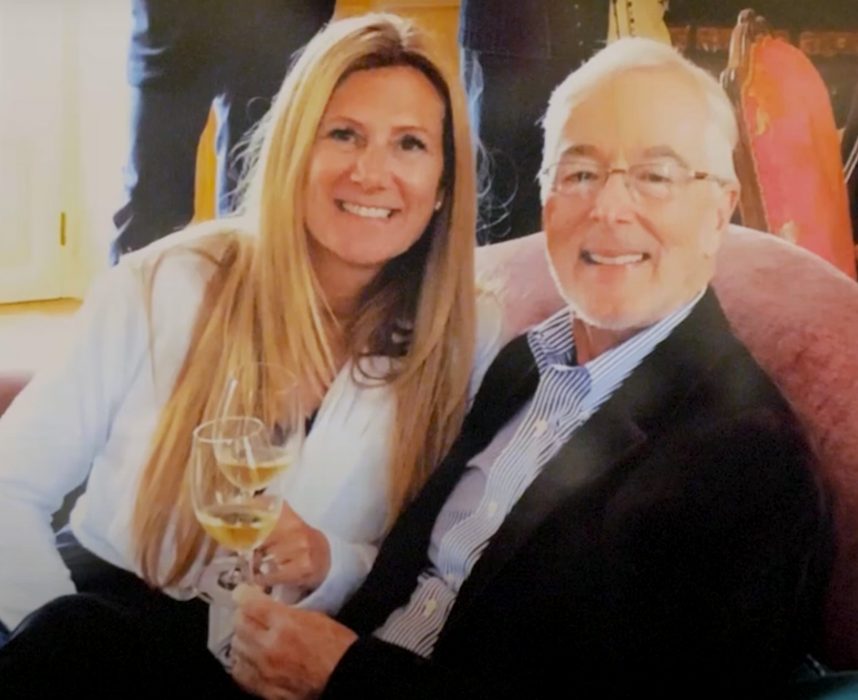 Today, after surgery and chemotherapy at Miami Cancer Institute, part of Baptist Health South Florida, Mr. Dickinson is cancer free and feeling well. He even got married in 2020 to his new wife, Andria, who supported him through his cancer treatment.

“For the first time in a decade, we’re making a significant improvement in the overall longevity of patients that have pancreatic cancer,” Dr. Asbun says. He credits the progress to new regimens of chemotherapy and revolutionary treatment options that include radiation therapy. The Institute is one of a handful of cancer centers in the country - and one of the most experienced - in the use of the MR-Linac technology that delivers extremely high doses of radiation directly to the tumor by allowing physicians to monitor a real-time MRI scan during the treatment.

Improvements in surgical technique, including the introduction of minimally invasive surgery as well as changes in perioperative care, have significantly improved mortality and decreased complications for pancreatic cancer patients - particularly when performed by an experienced surgeon at a high-volume center. Dr. Asbun, past president of the Society of American Gastrointestinal and Endoscopic Surgeons, recently spearheaded a joint effort of nine surgical societies to develop the first international evidence-based guidelines on minimally invasive pancreas resection surgery, entitled “The Miami Guidelines.” 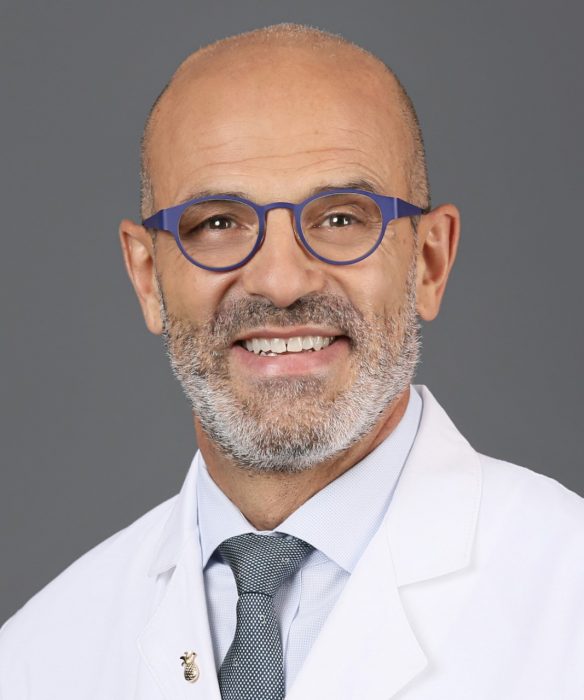 The Whipple Procedure, which removes the head of the pancreas and other nearby organs that are affected, has been performed for decades as the traditional surgical technique, but the minimally invasive approach, done through a small incision with a camera to guide the surgeon, is newer.

“It’s not an easy procedure to master,” Dr. Asbun says. “But the approach allows you much better visualization because the camera provides incredible magnification. You gain access without a large incision and can see what you need to do inside the abdomen. The technique in experienced hands, affords better visualization and access, which are a significant advantage to the surgeon.” Benefits to the patient include a quicker and less painful recovery when compared with traditional surgery.

Approximately 60,000 people were diagnosed with pancreatic cancer in 2021 in the U.S., according to the American Cancer Society. Because patients typically don’t have many symptoms until pancreatic cancer has progressed, it is rarely diagnosed early, and not all patients are candidates for surgery.

Mr. Dickinson was fortunate that his case was detected when he sought care for something else. His cancer journey began with a cough that sent him to primary care physician Felipe Del Valle, M.D., also with Baptist Health. After treating him for bronchitis, Dr. Del Valle “looked at me a little funny,” Mr. Dickinson recalls. “He said, ‘You may not remember this, but I met you once before.’” The two had sat at the same table at a charity event a year earlier. “He said, ‘You don’t look quite right. If you have a few more minutes, let me run another blood test or two.’ “

As a result, Mr. Dickinson’s cancer was caught early, at Stage 1, before it could spread beyond the pancreas. A week after his appointment with Dr. Del Valle, Mr. Dickinson had surgery with Dr. Asbun. That was followed by 12 sessions of Folfirinox, a powerful chemotherapy treatment.

“These two doctors saved my life - Dr. Del Valle by identifying it, even though I was there for a totally other reason. And then of course Dr. Asbun and his team - very caring, very intelligent, very in tune,” says Mr. Dickinson, a grandfather of 10 and well-known community leader who is active with Camillus House and other causes in Miami.

Mr. Dickinson is grateful that Dr. Asbun was able to take a minimally invasive approach to his Whipple procedure. “I was never in any pain. I was in discomfort sometimes, but not pain,” he says.

Dr. Asbun believes that clinical trials and innovative work in the area of pancreatic cancer treatment is offering patients a better prognosis. “I’m not saying pancreatic cancer now is cured with a pill or there’s a vaccine. But I’m saying there is hope,” Dr. Asbun says. “We’re extremely, extremely happy that we can offer to the patient something that we couldn’t offer before.”